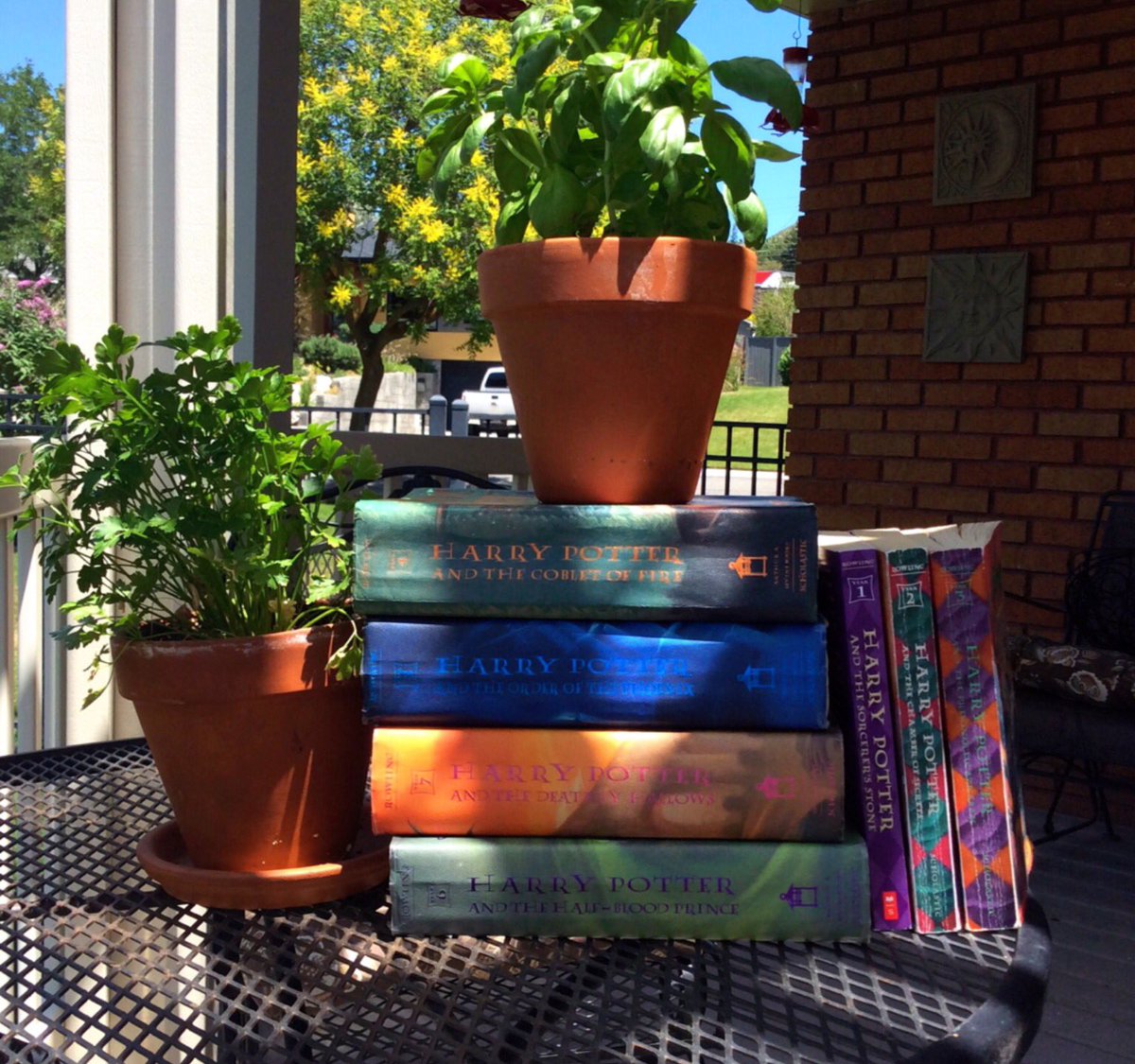 Twenty years ago on June 26, 1997 Harry Potter was first published in the UK. And the reading world has not been the same.

This series of books has launched movies, merchandise, and fan fiction. Publishers are on the prowl continually looking for the “new” Harry Potter. Children have grown up with Harry and are there are  now children being introduced for the first time to his wizarding world. But not all fans of J.K. Rowling’s series were children when the series first appeared 20 years ago.

I was in my early 30’s when I first read about Harry Potter and the Philosopher’s Stone  in 1998. I was reading an essay about children’s books since I was always on the look out at the time for good books for my kids to read. At that time both kids were close in age to Harry in that first book. Both kids were readers and I thought they might enjoy this story that had taken the UK by storm. So, the next time I went to the store I bought it for the kids. And they both loved it. Loved it! The pestered me to read it too certain I would enjoy it as much as they did. But I put it off since that summer I was taking classes at the local community college and getting ready for a cross-country move. Harry would have to wait.

By the fall of 1999, we were settled in our new home, getting ready to go back to school, and waiting for the paperback version of the second Harry Potter book to come out. I knew my kids were very excited to read more about Harry’s adventures. They pestered me to read the book too, but I was enrolled in college busy reading the required texts and hadn’t time to read for pleasure at all. So again, Harry would have to wait.

It wasn’t until the third book in the series was published that I read the books. The film version was coming out and I try to read the books before I see the movie, if at all possible. So, finally, that summer of 2001, I belatedly sat down and read Harry’s story. And I loved it. I finished the first book in a day and moved on to the second, then the third. I was hooked. Later, when the fourth book came out, we all went to the Harry Potter book release party at the local B&N. (I miss those book release parties. They were such fun.) After we bought the book, like a good mom, I gave it to one of the kids to read. In the car. On the way home. In the dark.  And “encouraged” her to stay up all night and read it. Because her brother and I needed our turn! After she finished it, the boy took his turn. But he stopped at some point to play video games. So, while he played video games, I read. I suppose I could have bought two books or books for all of us, but money was tight in those days so all three of us shared the books.

At some point J.K. Rowling slowed down a bit and needed more time to write Harry’s story. But my kids didn’t slow down. They grew up and became older than Harry. By the time the final book was published both kids were grown and gone. And they bought their own copies of Harry Potter to read.

But we three can still argue about Harry Potter when they come home. Their dad, who has not read any of the books, has seen all of the movies and can follow our discussions. Harry was such a part of their young adulthood that realizing how many years ago it all started is shocking to me. It’s shocking because the kids who read Harry Potter are now adults. My kids are adults. Harry, Hermione, and Ron are adults, too. How can that be?

Have you fond memories of reading Harry Potter for the first time? Let me know in the comments below.

Hope is the thing with feathers. - Emily Dickinson

lost in the pages of books