It’s time for Top Ten Tuesday. It’s hosted by The Broke and The Bookish. Do visit this fun blog and read all the other lists.This week is Top Ten Tuesday REWIND — go back and do a topic you missed over the years or recently or a topic you really want to revisit. I’m revisiting a recent Top Ten Tuesday:  Ten Books Set Outside The US. My list is a bit Great Britain heavy. And I picked  books that I’ve read recently (Last 5 years-ish).

Top Ten Books Set Outside The US: 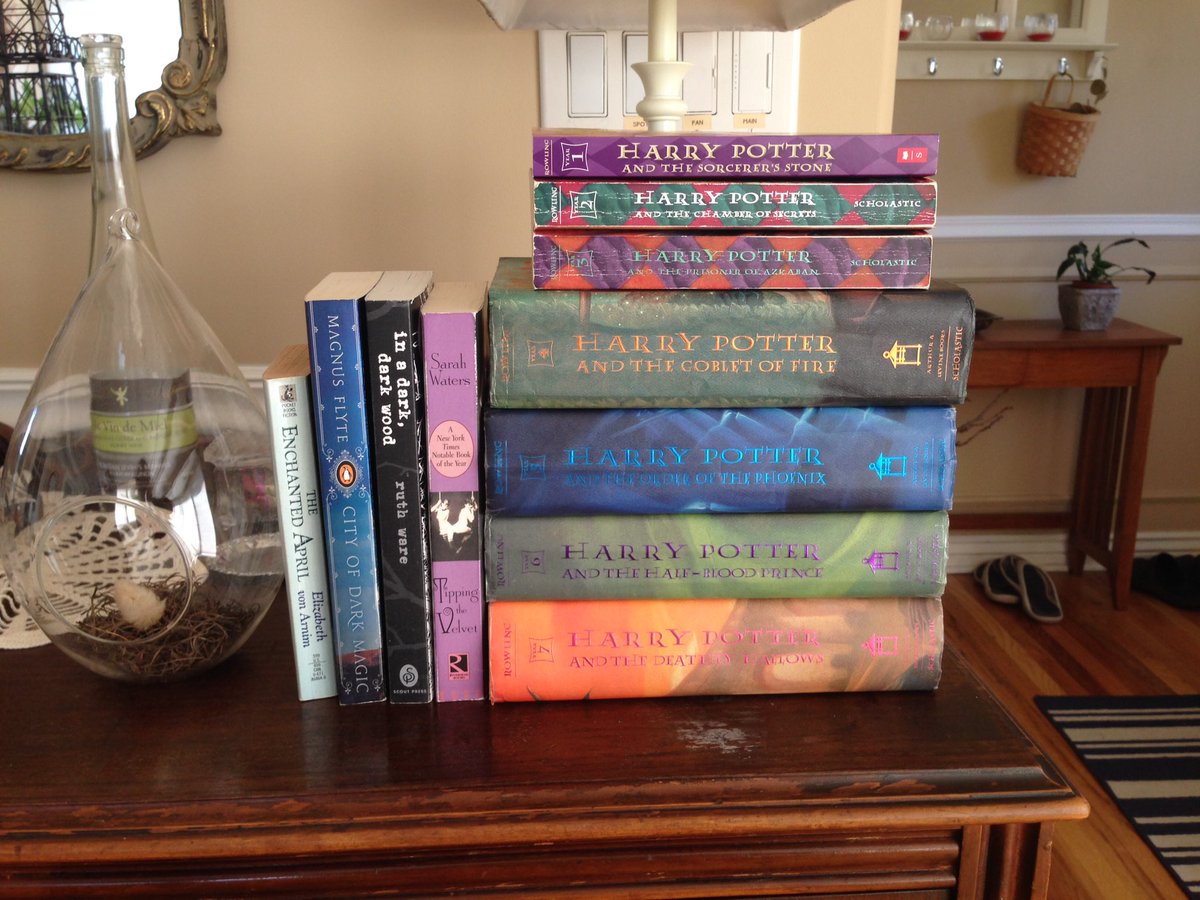 The Harry Potter Series (Great Britain) I just listed the series since alone it would take up the entire list.

In a Dark, Dark Wood by Ruth Ware (Great Britain)

In the Shadow of the Wind by Carlos Ruiz Zafón, Lucia Graves (Translator) (Spain)

The Tiger’s Wife by Téa Obreht (The Balkans)

Sorcerer to the Crown by Zen Cho (Great Britain)

Crazy Rich Asians & China Rich Girlfriend by Kevin Kwan (China/Hong Kong) I listed both of these because both are crazy fun reads.

What are some of your favorite books set outside of the USA? Have you read any of the books on my list? What did you do for Top Ten Tuesday this week? Let me know in the comments below!

Ramblings from an obsessed knitter

Hope is the thing with feathers. - Emily Dickinson

lost in the pages of books